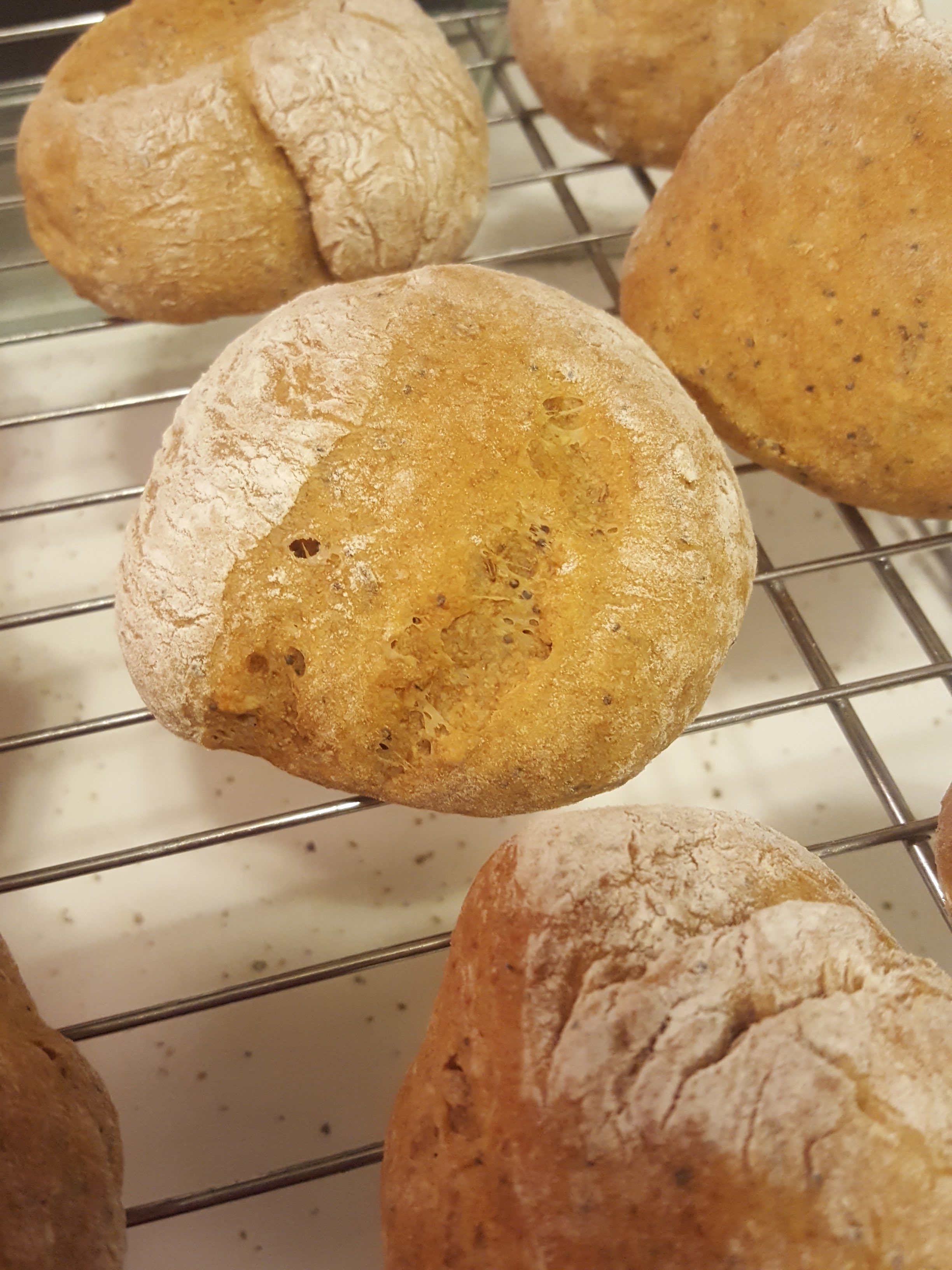 I love making bread. It is a way for me to relax and just let things happen. Yesterday, I saw some interesting effects when mixing my ingredients, so I thought I would share. The bread I make is a no knead bread and so has several proofing stages. To start with I mixed molasses with oil, which turned out to be immiscible and the molasses formed little droplets. When I stirred the oil and molasses, more droplets would form.

I don’t know if these droplets are micelles as molasses is mostly carbohydrates and water. Perhaps there are amphiphilic compounds in molasses forming an outer surface to make a micelle. Searching for molasses and oil, btw, brings up some great molasses cookie recipes! Not much help for my science questions though.

Adding warm water to the oil-molasses mixture dissolved the molasses and caused the oil to form droplets, which very actively coalesced as this video shows. [Yes, I am a proud science nerd taking videos of my oil-water mixtures!]

Adding yeast stabilized the droplets. The photo below was from after stirring the yeast into the oil-water/molasses mixture. That was when I realized that the oil was still in droplet form, but no longer coalescing. The yeast had stabilize the oil droplets, probably due to proteins in the cell membranes or released by the yeast.

After adding wholewheat flour and flaxseed meal, I left the dough-sponge to proof. The yeast did its work and the dough doubled in size within an hour. Bubbles of carbon dioxide form as a by-product of yeast digestion. The starch-protein matrix from the flour coat the surfaces of these bubbles causing pockmarks in the surface of the dough when the bubbles burst.

After adding the rest of the ingredients (general purpose flour, flaxseeds, poppy seeds, caraway seeds), I let the dough rise a second time after covering it with flour. You can see how much the dough grew because the surface opens as the internal dough pushes to the surface. There is no flour on this new surface..

I made two loaves of bread and 14 rolls and baked these until their internal temperature was greater than 95 oC (203 F).

After baking, I had a very soft bread, even though is was 50% wholewheat flour, with a good crumb structure.

It was very tasty!

What’s your favorite bread recipe? Share the details in the comments.

4 thoughts on “Bread: A Photo Essay”