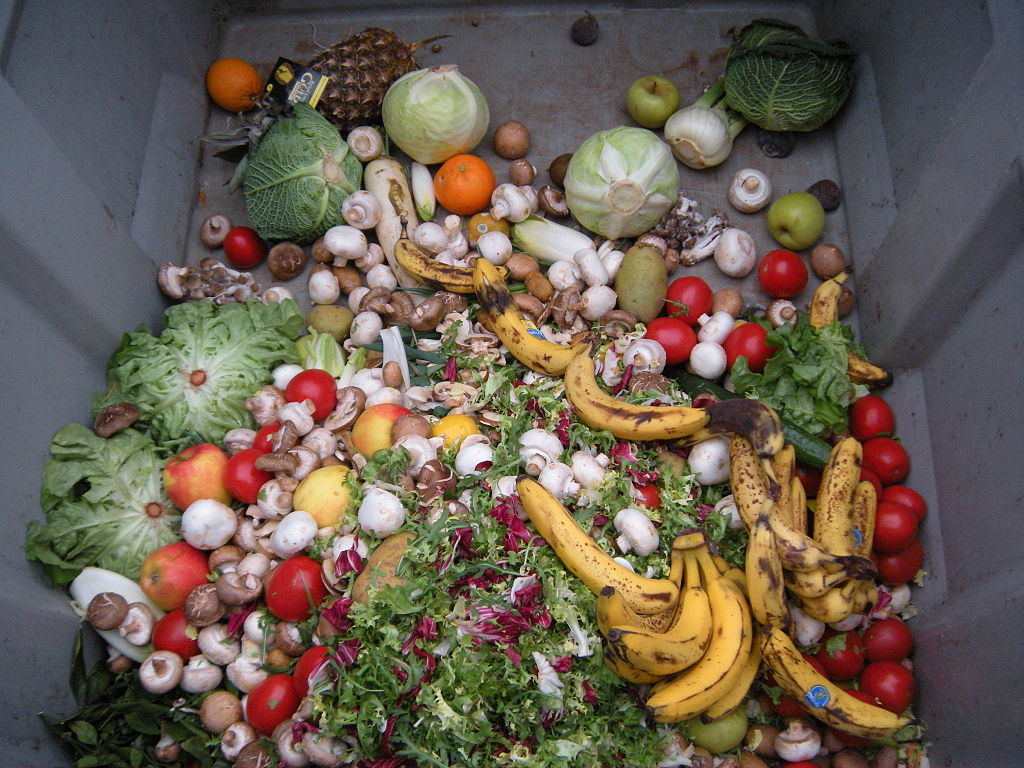 April 28th 2021 is National Stop Food Waste Day. Food waste is a problem with approximately 30-40% of food grown not being eaten. This amounts to over 133 billion pounds of food and over $161 billion. There are some amazing comparisons at to what this means in real terms as well as recognizing that the wasted food cost energy, labor and water to grow and also caused the release of greenhouse gases. Additionally 1 in 8 American children are going to bed hungry and they could benefit if wasted food is recovered. Wasted food ends up in landfills where it rots releasing methane, a greenhouse gas.

Where does all this excess food come from? Wasted food is considered to belong to two categories

Stop Food Waste Day focuses mostly on what we can do as consumers, as individuals. The comforting story around food waste is that we, as individuals, can do something about all this waste. There is a lot of pressure for us to plan our meals, store our food properly so that it has a good shelf life, to eat compost, to save leftovers, to freeze food if we can’t eat it all now.  Yeah! Just make sure we eat all the food we buy and then we’ll be good! Hmm, not so fast.

Many of the suggestions are based on us having the luxuries of time, money, and space. We can’t all freeze leftovers, some of us can’t even prepare food where we live. Those of us in small apartments may find it hard to compost and if we did, what do with the compost once we have it. We don’t all have space to grow our own food.

If we consider the EPA’s Food Recovery Hierarchy we find that food recovery is not a solution that can be carried out only on an individual level. Yes, we can be more organized, buy less, and make sure we are using everything we buy. But don’t worry about tossing out that limp cucumber in your fridge.

Additionally, as Alicia Kennedy wrote in her newsletter, over and over again we are expected to pick up the pieces after government and big business have messed up. Where are the voices suggesting that businesses should produce less food? Where are the regulations limiting the serving sizes at restaurants?

There is a lot of good coming from concern with food waste. Food entrepreneurs like Toast Ale are making beer from old bread. Upcycled Food Association is supporting companies who are interested in recovering and upcycling the parts of food that would normally end up in landfill. Some local municipalities are collecting food wasted for composting.

We live in world where the food system deliberately produces excess cheap food. Farmers are encouraged to grow in excess and only the best makes it to the supermarket. Food manufacturers create processed packaged food with long shelf lifes so that essentially they are flooding the market. Encouraged by the overwhelming choices: ten varieties of apples, over 20 different types of bread and “buy three get one free” type deals, we buy too much because along with this over abundance we live in a world which emphasizes a scarcity mindset. Thus, we buy too much, we let food spoil, we get confused about best before dates, and we throw food away that if only we had used a little bit of planning or forethought we could have prevented.

The biggest issue here is how much excess food is grown and processed. To have a complete reduction in food waste we need a different economic system. One where poverty doesn’t exist and food companies are discouraged from producing cheap food. We need an economic model that isn’t dependent on cheap things; including cheap energy, cheap food, and cheap labor. Do we want a food system where we don’t have to choose between ten different apple varieties outside of harvest season? If we truly don’t want food waste we have to accept that we cannot have so much choice and abundance, while thinking with a scarcity mindset.

We saw last year the risk of having a just-in-time food system. When we switched overnight from a food service-restaurant based system to one where we all had to cook at home, we found shortages of essentials and saw farmers having to throw away crops that would normally have been bought by food service companies like Sodexo and Compass Group. We also saw farmers killing their animals as they were too large for the meatpack houses. These had been closed for cleaning and refitting after initial massive outbreaks of Covid-19 raged through their facilities. Globally food shortages and price increases caused by Covid-19 have continued to today.

I find the paternalistic approach of donating recovered food to food pantries and food banks, so that it “feeds the hungry” troubling and reminds me of concerns raised by Andy Fisher in Big Hunger. This also ignores the effect of poverty and allows us and food companies to feel food about the excess production of food. These issues around food waste are discussed in a great article by Austin Bryniarski.  It is great that countries like Italy have laws that mean leftover food from supermarkets must be donated so that it doesn’t end up in landfill. Except it allows us to ignore the fact that there are HUNGRY PEOPLE in Italy. Focusing on food waste allows us to ignore the fact that farmworkers are treated badly and that there is systemic racism within the current food system.

I want to give a call to action to not forget that we need to make the food system stronger; more equitable, sustainable, and resilient. While this is the most important. I also realize that we tend to prefer action we can do now. So start looking at our own food use, help and/or donate to a local gleaning group or food pantry to recover food from farmers and supermarkets. While doing this work, don’t forget that food waste is part of the large food system which we need to start changing too.